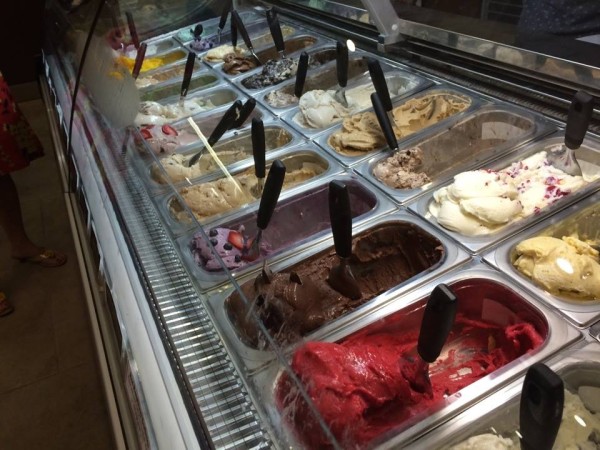 Cafe Gelato is officially open to the public. 30 flavors and desserts made on the premises, all from scratch.

So what is the difference between Ice Cream and Gelato?

According to a Huffington Post Taste Article: Ice Cream vs Gelato: “What’s The Difference? “Gelato has less fat than ice cream. While ice cream is normally heavy on the cream and has a fat content of at least 10 percent, gelato uses more milk than cream, and generally also uses less egg yolks — if any. Ice creams are churned faster and harder than gelato.”

Larry Jr. and Larry Sr, owners of La Piazza Cafe, have given Palm Coast another taste of Italy. With about 30 premium flavors to choose from, and a parade of fresh desserts, your taste buds are in for a treat. Next time you visit, don’t hesitate to ask Larry Sr. how the Gelato is made. They are taking great pride in every spoonful.