All Events  ›  Irish Music with Mick Funge at Farley’s 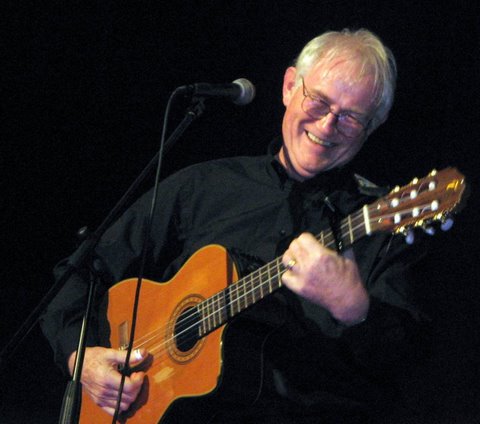 Michael Funge hails from County Wexford in the South East corner of Ireland. He has been singing and playing Irish music all his life. Even when he is at home he plays, whether he is around the fireside, in an Irish kitchen, or performing at New York’s famed Carnegie Hall. Michael specializes in Irish folk music but also has a wide repertoire of “sing-a-longs”, C/W and “Golden Oldies -50’s 60’s” music, which he introduces through a mixture of Irish folklore and witty stories.

He has toured and played in all the major theaters and halls throughout Ireland, England, and Scotland with world famous Irish acts, such as Daniel O Donnell, Johnny McEvoy, Comedian Dave Allen and the Wolftones.

He performed before audiences of 8,000 plus in London’s Royal Albert Hall, at the annual St. Patrick’s Night Concert on three different occasions, sharing the bill with such stars as the late Frank Patterson and Ireland’s first Eurovision Song contest winner, Dana. He has also performed on Irish, British, and Australian TV.

He has toured in Australia and New Zealand on six different occasions with the ‘Irish Variety Show’; and the most recent, was a ‘sell-out’ concert tour of 14 major venues/theaters of the cities of New Zealand and Australia.